Winfield-Hill in as England Women name squad for Wales Test

2019 Woman of Steel Courtney Winfield-Hill could make her England debut against Wales after being selected for the squad under the ‘residency’ eligibility rule; You can watch England Women take on France, live on Sky Sports on June 18

England Women Head Coach Craig Richards has named a squad of 20 for Sunday’s Test Match against Wales, the first of two in consecutive weekends as the team step up their preparations for autumn’s World Cup.

Sunday’s game will be followed by a home match against France at Warrington’s Halliwell Jones Stadium on Saturday week, June 18 – part of a double header also including England’s Men facing the Combined Nations All Stars, with both games live on Sky Sports.

The 2019 Woman of Steel Courtney Winfield-Hill could make her England debut following her inclusion in the squad under the International Rugby League’s ‘residency’ eligibility rule.

Winfield-Hill helped Leeds Rhinos to an historic treble back in 2019 and featured in this year’s Betfred Women’s Challenge Cup Final at Elland Road. 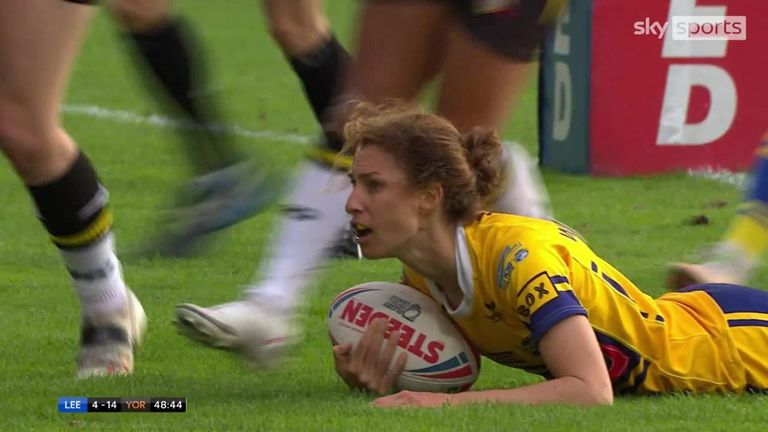 Former Chelsea and Arsenal goalkeeper Caroline Collie becomes the first player from the Betfred Women’s Super League South to be selected for England after making an impressive start to the season, scoring six tries in a recent victory over the Golden Ferns.

Elsewhere, there could be first international appearances for York City Knights forward Olivia Wood, St Helens halfback Zoe Harris and Huddersfield Giants’ Bethan Oates, all of whom have come into the National Performance Squad within the last 12 months.

Richards said: “It is brilliant to be able to introduce so many new and talented faces to the side ahead of this weekend’s trip to Wales.

“All of the potential debutants have impressed me in the early stages of the season and have earned the opportunity to show us what they can do on the international stage.

“There is a real competition for places amongst the squad now and players need to be performing consistently to wear the England shirt.

“The upcoming mid-season internationals against Wales and France will allow us to see where we are at as a squad and are pivotal in our continued preparations to the Rugby League World Cup later this year.”