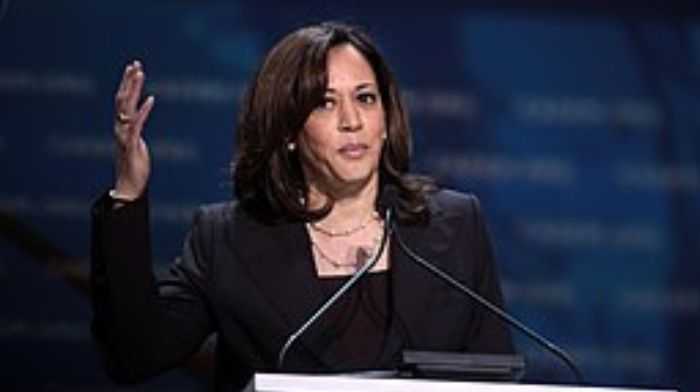 Tara Palmeri of The Washington Mall shared a rather humorous sounding scoop that the DNC has lowered photo op prices with Vice President Kamala Harris from $15,000 to $5,000 after the big price tag failed to sell enough tickets.

Apparently, some prices are going down in this economy.

The argument can be made that this is just par for the course in regular fundraising. In fact, DNC Deputy Communications Director Daniel Wessel says just that:

“The DNC works with our hosts and fundraisers to set specific ticket prices for each event. As has always been the case, there are a variety of ticket levels for every event as is pretty standard for finance events.”

Surprisingly, not everyone is buying what the DNC is selling… both literally, and figuratively it would seem.

I’ll bet that Vince, The Sham-Wow guy can move a few at $9.95. pic.twitter.com/rObXYQelyr

Could it be her dismal polling numbers? Her inability to keep her office fully staffed? The often lamented ‘impossible’ assignments she’s been given, or is it that the poor VP is getting bullied by racist, sexist white men? First, let’s take a look at the numbers.

And it’s lower than Biden’s, who at this point in his presidency is the most unpopular president since polling began in 1945.

But to give the embattled VP some credit, it’s not just her numbers that have taken a nose dive. According to an NBC News poll, Americans ranked the Democratic Party lower than former President Trump.

It’s relatively typical for Vice Presidents to have approval ratings in the same neighborhood as their President. So there could be an argument that perhaps good old Joe is just dragging her down.

Recently there has been chatter that perhaps President Biden shouldn’t run for a second term because apparently, and I guess the Democrats just realized this, he’s old. So if he weren’t to run in 2024, the assumption would be that, of course, his Vice President would be the presumptive Democratic nominee in 2024.

He goes on to say:

“…I’m for Biden and then I’m for Harris – either together or in that order.”

RELATED: Biden Promised Harris Lunch ‘Once a Week.’ They’ve Had Two This Year

Staffers Better Keep Their LinkedIn Profiles Up To Date…

If Harris does run for President again and makes it back into the White House, I hope she can keep a fully manned staff to help her, you know… do her job. Staffers have been steadily jumping from the sinking U.S.S Kamala since her ascension to the VP office.

By my count, we have the following escapees:

Why would anyone want to leave such a prestigious job as working for the office of the Vice President? Sometimes, it’s the boss.

“With Kamala you have to put up with a constant amount of soul-destroying criticism and also her own lack of confidence.”

Sounds eerily familiar to some of my old Commanders. I feel ya’ pal.

Read More about this in: So Many Black Biden Staffers Leaving They’re Calling It ‘Blaxit’

But The Job Is Just So… Hard

Its only real stated job is to preside as President of the Senate. Oh, and not embarrass the office of the President. Which should be easy, given that Joe tends to do that well enough on his own.

I made a compilation video of Kamala Harris world salads.

I apologize or you’re welcome. pic.twitter.com/vTl5qZGHcP

The other job of the VP is to do whatever the President tells them to do. She was given some pretty big jobs; one that she has failed most elegantly at is addressing the illegal immigration crisis.

She has recently been assigned to head the newly launched ‘Task Force to address online harassment and abuse.‘ Otherwise known as a repackaged Disinformation Board.

The Jokes make themselves …

Does Kamala Harris investigate self?

Kamala Harris has been accused~
by Staff of Bullying 🤔😂 https://t.co/uR0PJ5F00a

The goal of this task force? To “develop programs and policies” to protect “political figures” and journalists from “disinformation.”

Shouldn’t it be the other way around? Shouldn’t the American people be protected against disinformation from political figures and journalists?

Luckily for the VP, she will have help. Others assigned to the task force include the Department of Homeland Security Alejandro Mayorkas. So maybe they can multi-task and do something about her other assignment and secure the border?

If It Wasn’t For White Men, Harris Would Be Doing Great

Joy Reid, well known for her in-depth political analysis, claims the veep would have better approval numbers if it wasn’t for racist white guys.

“Most of the media is still white and male. And their take on Kamala Harris becomes the take.”

Ah yes, the ever-popular and intellectually lazy argument that mass racism and sexism are to blame. An argument that gets a lot of play from the Democratic Party’s bag of tricks.

Reid goes on to say:

Don’t get me wrong, I was not and am not a fan of former First Lady Obama. But in no way would I say VP Harris is anywhere near the same political weight class as Mrs. Obama.

Finally, and easily my favorite argument:

“I think she doesn’t get to show that personality often enough, and so people haven’t had a chance to get to know her.”

She could have the best personality in the world, and it wouldn’t cover up her ineffective leadership ability.

The truth is, she’s just not good at her job. The numbers show it, the mass exodus of staffers shows it, her poor performance or lack thereof in the office itself shows it, and you just can’t put a price on ineffectual leadership. No matter what race or gender the leader is.