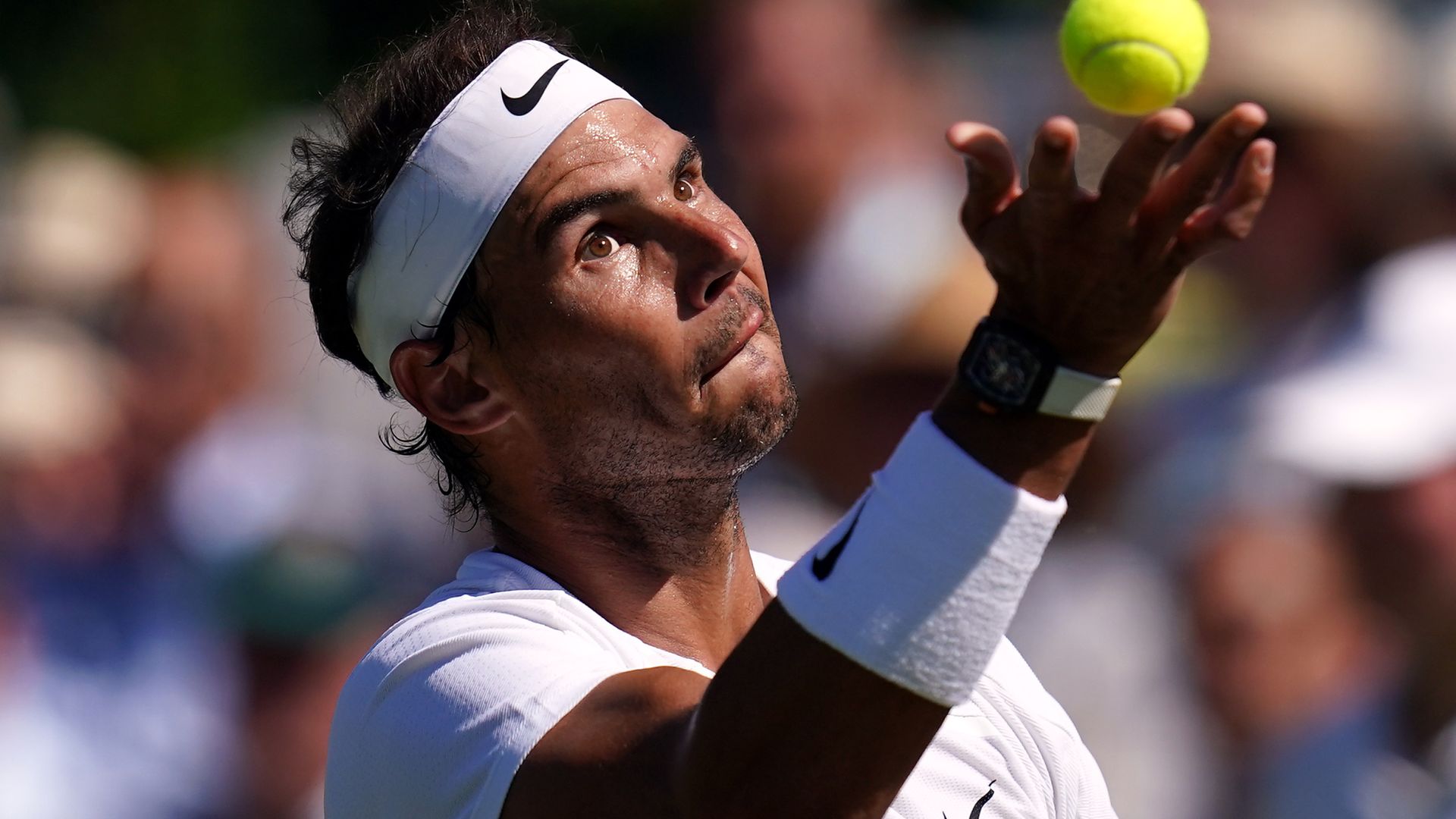 Rafael Nadal and Novak Djokovic are preparing for Wimbledon at the Hurlingham Club in London; Nadal, who is recovering from treatment on a chronic foot problem, beats Stan Wawrinka while Djokovic sees off Felix Auger-Aliassime 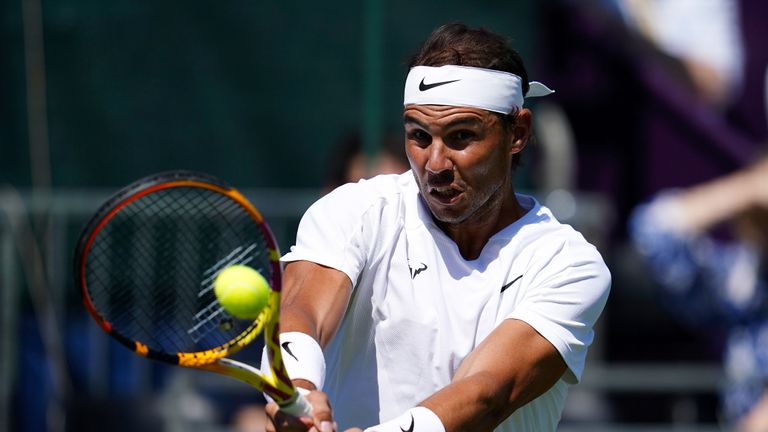 Highlights of Rafael Nadal’s win over Stan Warinka in the Spaniard’s first grass match of the year at the Hurlingham Club.

Highlights of Rafael Nadal’s win over Stan Warinka in the Spaniard’s first grass match of the year at the Hurlingham Club.

Nadal showed no ill-effects after nerve treatment on the chronic foot problem that troubled him during his French Open triumph earlier this month as he beat Stan Wawrinka 6-2 6-3 at the Giorgio Armani Tennis Classic event in London.

Djokovic, in his first match since losing to Nadal in the quarter-finals at Roland Garros, won 6-2 6-1 against Canada’s Felix Auger-Aliassime.

Nadal, in his first match on grass since 2019, raced into a 5-1 lead after twice breaking Wawrinka’s serve in the opening set and sealed it 6-2 in 30 minutes.

Wawrinka, who returned to action in March after missing most of 2021 due to two foot operations, failed to convert a break point in the opening game of the second set and was soon 3-1 behind.

The Swiss three-time major winner broke Nadal’s serve in the fifth game, but the Spaniard was rarely troubled and wrapped up the match in just over an hour.

Nadal announced at the end of last week that he plans to play at Wimbledon in pursuit of a third-straight Grand Slam win after undergoing a procedure to reduce nerve pain in his foot. Rafael Nadal has confirmed that he intends to play at Wimbledon, despite concerns about an ongoing foot injury.

Rafael Nadal has confirmed that he intends to play at Wimbledon, despite concerns about an ongoing foot injury.

Six-time Wimbledon champion Djokovic was given a sterner challenge than the scoreline suggested against Auger-Aliassime.

The Serbian world No 3 three broke the Canadian twice to take the first set 6-2 in 44 minutes.

Auger-Aliassime failed to trouble Djokovic’s serve in the second set and was broken three more times as the former world number one wrapped it up 6-1 in 28 minutes.

Nadal is bidding to become the first man since Rod Laver in 1969 to win all four majors in the same year after already winning the Australian Open and French Open.