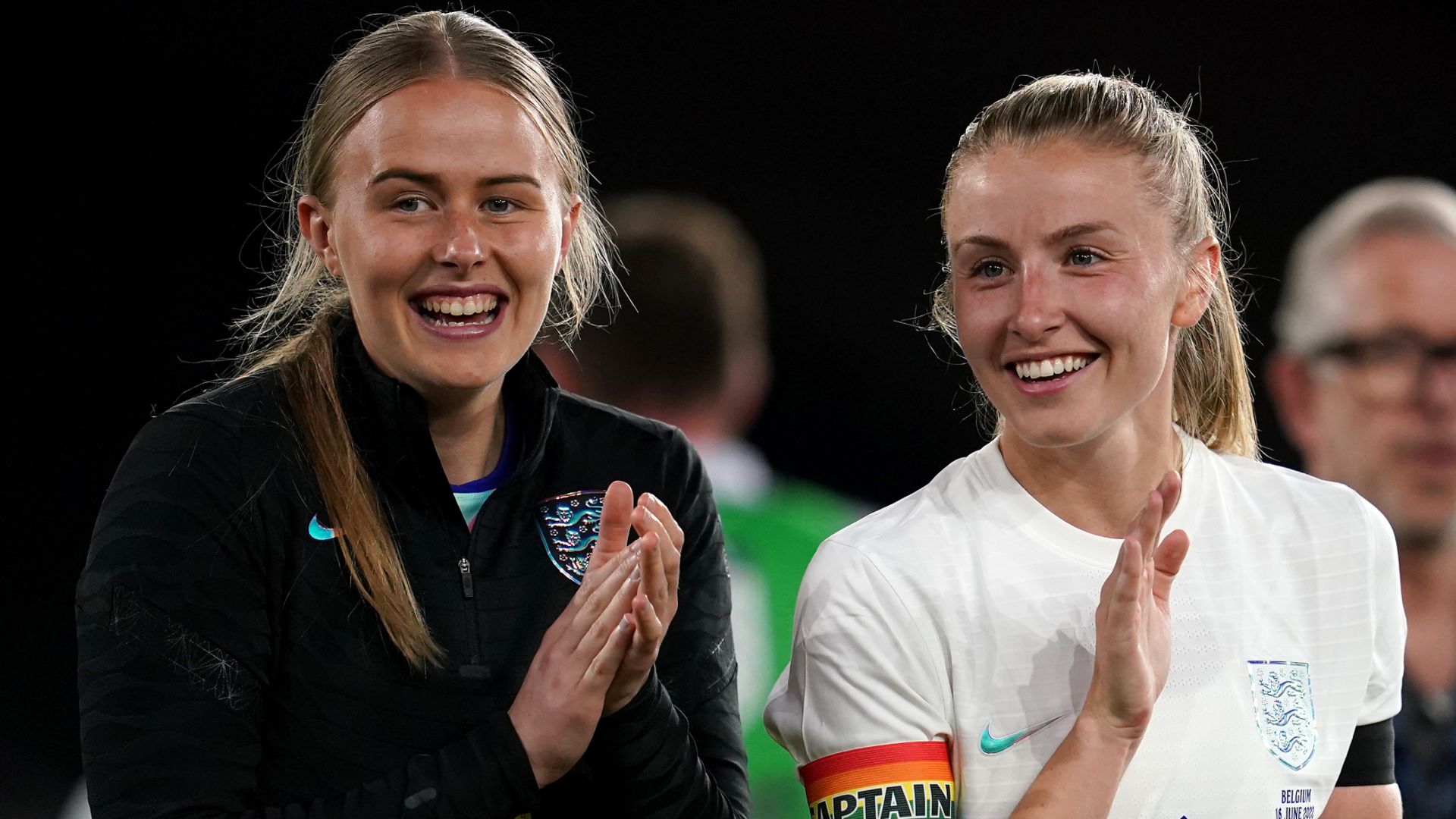 England Women will receive the biggest indication of their Euro 2022 credentials on Friday evening when they host the Netherlands in a pre-tournament friendly at Elland Road in Leeds.

The match comes after Sarina Wiegman’s England side registered a comprehensive 3-0 victory over Belgium last Thursday.

This week’s test against the reigning European champions gives England a chance to examine how competition ready they are against Europe’s best – with this the first meeting between the two sides since 2017’s edition of the tournament – when England lost 3-0 to the Dutch.

Wiegman called for more ruthlessness following the Belgium display, which offered plenty of creativity through 25 shots, – 10 on target – but lacked a cutting edge, as two of England’s three strikes on the night went down as own goals.

The Lionesses manager, facing her former employers for the first time, has placed greater importance on England’s consistency in the final third, ahead of a contest against the side she guided to Euros success in 2017.

England come into the tie undefeated in their last 12 matches across all competitions, winning 10, during which time they have scored 75 goals and conceded only twice, albeit against lesser-ranked opposition.

What does Opta say?

In her pre-match press conference, Lionesses head coach Wiegman insisted the game will not play a psychological role ahead of the European Championships.

England and the Netherlands are considered two of the more likelier countries to win the competition come the end of July, but Wiegman admitted the competition this summer is too fierce for the Elland Road clash to be relevant.

“They are two very good teams, and of course we play the home tournament,” said the England manager. “But the Netherlands has the trophy right now, the game has developed so much right now so there are many favourites. 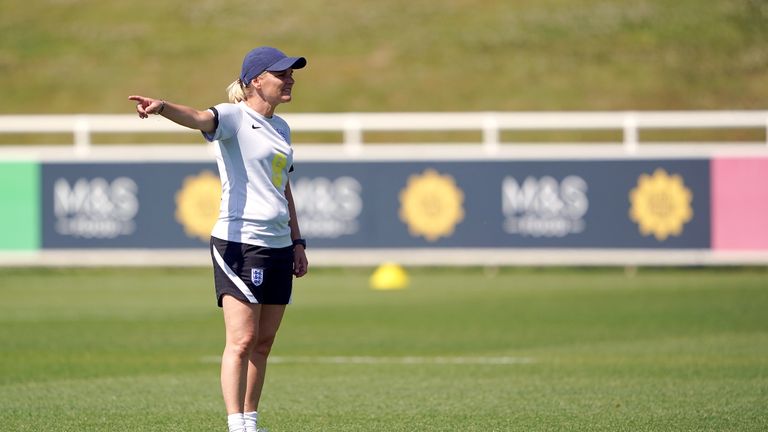 “We have Spain, France, Germany, Sweden are always there, Norway has been very good. It’s exciting to see what’s going to happen. It’s not easy to say who is going to come through, it’s going to be very equal I think.”

In what will be a major litmus test in terms of England’s credentials this summer, Wiegman admits there have not been any special preparations ahead of this pre-tournament contest.

“We did the same as we always do when preparing our opponents,” said Wiegman. “Yes we want to know some things about them but we come back to how we want to approach the game and how we want to play and harm them to cover our strengths. 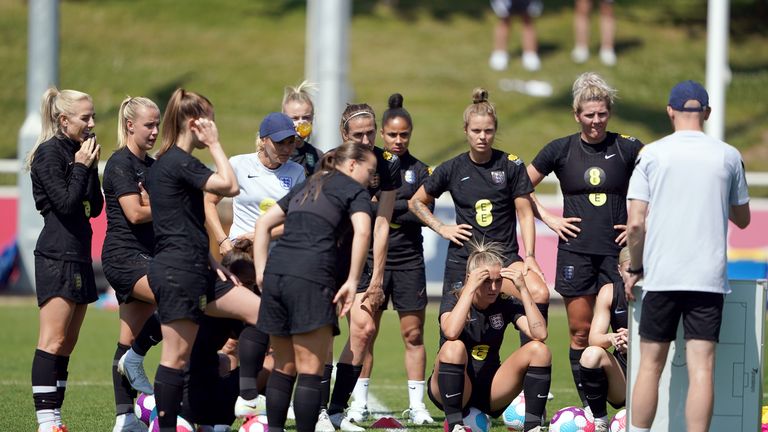 “It’s also their first game they play in the preparations for the Euros. We expect their strongest team. It’s time to see our style of play and see what it’s like against a good opponent.

“We want to win every game but we want to see an improvement in our style of play, in possession, out of possession and transition. That’s what we focus on and hopefully that brings us the win and when you do, it’s gives an extra boost in confidence.”

It’s been plain sailing for Wiegman so far as Lionesses coach. Zero defeats, just two goals conceded in a dozen games and a confident squad going into the Euros.

But the last few days have seen the first wobble in terms of preparation. Star striker Ellen White has been ruled out of this Friday’s clash with the Netherlands and could miss the final warm-up match against Switzerland.

The loss of White is a real blow, given the Manchester City forward has 14 goals in her last 13 international matches. If the hour against Belgium last week proves to be her only on-pitch preparation time, then the Lionesses’ all-time record goalscorer could come into the group stages a little undercooked.

Consequently, Wiegman will need to give other forward options, who have largely played second fiddle to White in recent years, a chance to demonstrate their credentials.

The most likely replacement for White is Chelsea’s Beth England. The 28-year-old holds some impressive international form with eight goals in 16 caps, while her 11 goals helped Chelsea win the Women’s Super League and FA Cup double last term.

England came off the bench for White after 60 minutes against Belgium and while she didn’t get on the scoresheet, the Lionesses scored twice in the first five minutes she was on the pitch.

Manchester United’s Ella Toone is also likely to get some minutes at Elland Road following a brilliant breakout season in the WSL. The 22-year-old has scored 10 goals in 13 England appearances over the past two years and has 19 league strikes for United in that same period.

But pressure to deliver in White’s absence will also fall to the wide players, particularly Lauren Hemp. The Man City winger and PFA Young Player of the Year is, arguably, England’s most in-form attacker. She was influential against Belgium despite not making an impression on the scoreline.

Beth Mead and Chloe Kelly both looked sharp at Molineux last week and will look to lay further claim to a possible starting berth for the opening group game against Austria. Fran Kirby, Nikita Parris and Alessia Russo will also be poised to pounce, should an opportunity arise.

The Netherlands clash will also be a major test for the Lionesses’ backline – who, as previously mentioned, have rarely been tested since their Dutch coach took over.

Wiegman could be tempted to go with her first-choice back four against the likes of Vivianne Miedema and fellow forward Lieke Martens, who scored 23 goals in 32 games for Barcelona last term and will join Paris Saint-Germain after the summer Euros.

That means Millie Bright and Alex Greenwood, who impressed after coming off the bench against Belgium, are likely to get their biggest test in an England shirt for some time should those two Dutch attackers start.

Don’t be surprised if Wiegman uses this Netherlands meeting as a dress rehearsal for a potential Lionesses knockout game.

England are continuing to evolve under Wiegman’s leadership. It’s the reason she was targeted – she’s tactically astute and has a perceptive understanding of the women’s game at international level. But implementation of certain ideas remains a work in progress.

The most significant tactical shift has occurred in midfield. Leah Williamson has taken a step forward, literally and figuratively. She’s been awarded the captain’s armband on a permanent basis but has also morphed into a midfield box-to-boxer – a less familiar role to the one she operates in at club level.

Against Belgium the 25-year-old played as part of a double pivot with Keira Walsh, to good effect. Unsurprisingly, both players were ranked inside the WSL’s top 10 for successful passes across a 90-minute period in 2021/22. Walsh’s 88 per cent success rate was second-best in the league. 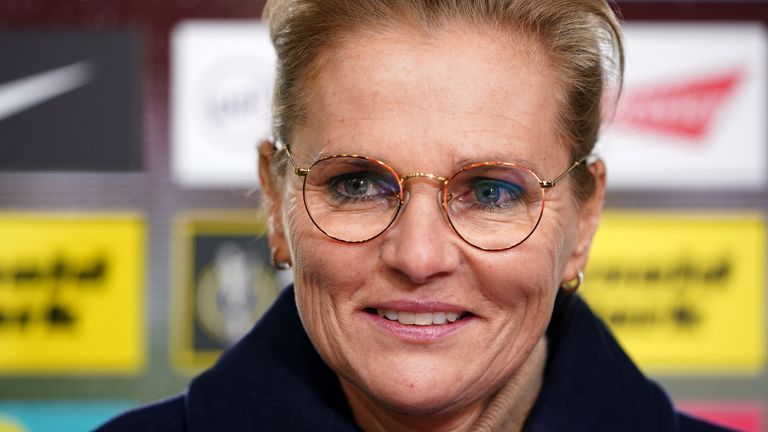 Brighton manager Hope Powell believes Wiegman has picked a talented squad for Euro 2022, despite not including Steph Houghton

Their partnership is still developing, but it has promise. The deep-lying midfield role is one that Walsh has a wealth of experience in – Williamson less so. But therein lies its potential. Because the Man City midfielder is so adept at patrolling the middle third of the pitch, it allows for greater freedom further forward.

Against Belgium, Williamson was making purposeful runs from deep and either receiving the ball in a useful position or dragging a defender waywardly out of shape. It caught Belgium off-guard. It also aided service into Georgia Stanway’s feet – like a three-way axis. At times Williamson was actually the most advanced midfielder, which speaks to the system’s fluidity. The fact that personnel are interchangeable is part of its charm. Certainly, England’s ball-carriers – Stanway, Beth Mead, Lucy Bronze and co – were benefiting from the space her selfless runs were creating.

Wiegman’s possession-based style calls for a successful midfield combination and it’s a department that needed fresh impetus. It won’t work against all levels of opposition, but it is worth further exploration.

England will travel to Zurich to take on Switzerland next week, which will conclude their warm-up tour ahead of next month’s European Championships.

They face Austria in their tournament opener at Old Trafford on July 6, before further group stage meetings with Norway (Amex Stadium) and Northern Ireland (St Mary’s).

Keep up with all the latest from Euro 2022 across Sky Sports and Sky Sports News this summer.

Coverage will be anchored by Sky Sports WSL presenter Caroline Barker, alongside Jessica Creighton and Kyle Walker. Meanwhile, Karen Carney, Sue Smith, Courtney Sweetman-Kirk and Laura Bassett will give analysis throughout the tournament.

The pundits and presenters will work from the Sky Sports Women’s Euro 2022 Mobile Presentation Bus, which will follow the Sky Sports News team around the country to the various stadiums where matches are being played.

In addition, Sky Sports’ Essential Football Podcast will be rebranded for the tournament to Sky Sports Women’s Euros Podcast rom 21 June. Hosted by Charlotte Marsh and Anton Toloui, it will feature exclusive news and player interviews in addition to a strong programme line up around the tournament.

Group A: England vs Austria – kick off 8pm, Old Trafford

Group B: Spain vs Finland – kick off 5pm, Stadium MK

Group B: Denmark vs Finland – kick off 5pm, Stadium MK

Group A: Austria vs Norway – kick off 8pm, Brighton and Hove Community Stadium

Group B: Finland vs Germany – kick off 8pm, Stadium MK