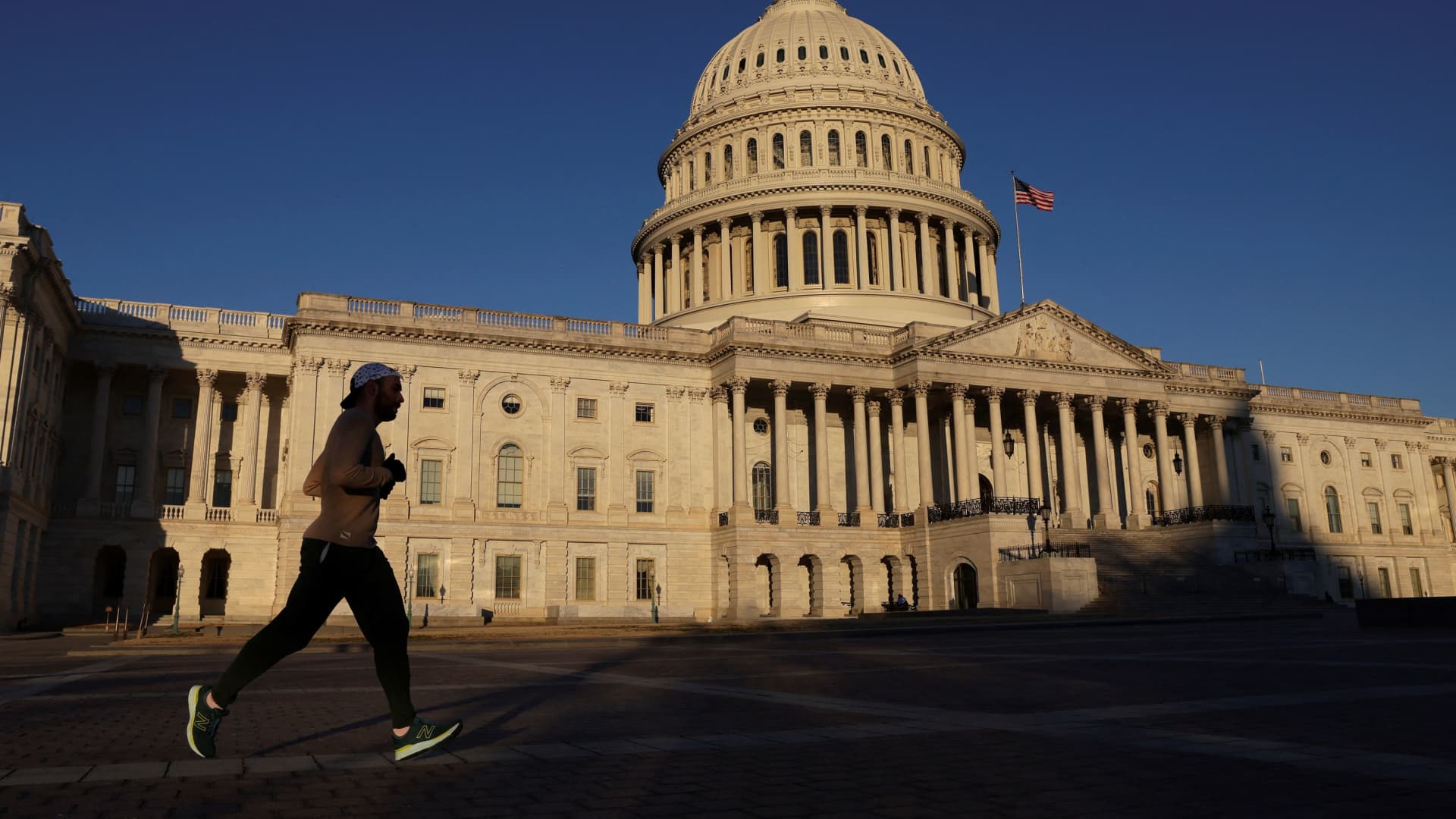 US Senator Chris Murphy, Democrat of Connecticut, with former Democratic US Representative Gabby Giffords (L), speaks during the opening of the Gun Violence Memorial on National Mall in Washington, DC on June 7, 2022. On January 8, 2011, Giffords was shot at a political rally in Tucson, Arizona.

WASHINGTON — The Senate gun legislation cleared a key procedural vote Thursday, which all but guarantees passage of the bipartisan bill designed to combat gun violence.

The vote was 65-34, with 15 Republicans including Senate Minority Leader Mitch McConnell joining a unanimous Democratic caucus in voting to advance the package. A final vote could come as soon as Thursday afternoon, Senate Majority Leader Chuck Schumer said.

“I thank them. America thanks them,” he said. “We’re going to keep going until we finish the job.”

The vote begins up to 30 hours of debate on the bill before the Senate votes on final passage. If the bill passes, it would then need to be voted on by the House before being signed into law by the president.

In a statement released during the vote, the White House said it “strongly supports” the measure. “This legislation would be one of the most significant steps Congress has taken to reduce gun violence in decades, giving our law enforcement and prosecutors new tools to prosecute gun traffickers,” the statement said.

The legislation would offer grants to states for red flag laws and crisis prevention programs. It would enhance background checks for young Americans aged 18 to 21, opening the door to accessing juvenile records. It would clarify which sellers are required to register as firearm licensees, which would require them to conduct background checks on potential buyers. And it toughens penalties for gun trafficking and straw purchases.

It also closes the so-called “boyfriend loophole” by limiting gun rights for non-spouse dating partners who are convicted of domestic abuse.

“Unless someone is convicted of domestic abuse under their state laws, their gun rights will not be impacted,” Cornyn said earlier this week. “Those who are convicted of non-spousal misdemeanor domestic abuse — not felony, but misdemeanor domestic violence — will have an opportunity after five years to have their Second Amendment rights restored. But they have to have a clean record.”

The vote to proceed came about an hour after the Supreme Court ruled that the Constitution provides a right to carry a gun outside the home.

The legislative package was prompted by two mass shootings in Buffalo, New York, and Uvalde, Texas, that killed a combined 31 people, including 19 school children. The shootings were 10 days apart.