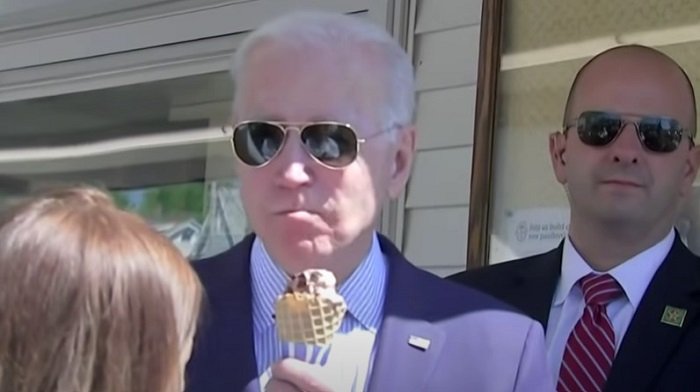 Report: 1 in 5 Americans Are Skipping Meals As Long Lines At Food Banks Make a Comeback Under Biden

A new poll indicates more than one in every five Americans are skipping meals to help combat soaring food prices under President Biden, while the same percentage approximately are going to food banks to supplement their groceries.

The startling numbers indicate consumers are being forced to take extreme measures to deal with inflation rates that have skyrocketed under President Biden’s administration.

According to the latest Golden/TIPP Poll published late last week, 23% are skipping meals due to the inflation crisis, while 34% are cutting down on portion sizes.

Other methods respondents provided in fighting higher grocery prices were: Switching to store or generic brands (50%), cutting down on high-ticket items (47%), and switching to bargain stores for their purchases (36%).

What Biden’s out-of-control spending & choking off of American energy policies have done to the middle class:

“Over One In Every Five Americans Skip Meals And Rely On Food Banks Due To Rising Food Prices: Golden/TIPP Poll.” https://t.co/q6xr8Wxt9W

In addition to the aforementioned shocking numbers, another 21% of Americans indicate that they have been going to food banks in order to supplement their grocery supply.

“While most are buying store brands and hunting for bargains, the percentage of people cutting down on food and skipping entire meals is worrisome,” tippinsights writes.

“Food banks and charity organizations across the country are doing all they can to feed the hungry,” they add. “The largest food bank in America, the Houston Food Bank, distributes about 610,000 pounds of food every day.”

Tomasina John had never been to a food bank before. But rising prices due to inflation brought the mother of four to St. Mary’s Food Bank in Phoenix, along with hundreds of other families.

“It’s really impossible to get by now without some help.” https://t.co/CHPFlzr7xP

An Associated Press report late last week confirms that “long lines are back” at food banks in America as people “overwhelmed by inflation turn to handouts to help feed their families.”

The Political Insider reported the financially catastrophic news just days ago that inflation far outpaced economist warnings in June, spiking to a new 40-year high of 9.1%.

The result? The average American worker has lost $3,400 in annual wages due to inflation under Biden, while the average family with both parents working has seen a $6,800 pay cut.

Combine those pay cuts with the price of groceries and gas shooting through the roof and you have yourself a major crisis.

“With fuel and food prices soaring to record levels, the purchasing power of the ordinary American has been significantly hit,” tippinsights writes. “The exorbitant prices are forcing people to make tough choices or even cut back on essentials.”

“Lines are getting longer and longer” at this Florida food bank as grocery store prices skyrocket under Biden.

“We have seen a big increase of just new people coming in who’s never needed help before.” pic.twitter.com/Pe67P7D9ki

Inflation is Affecting Every American

News of Americans having to visit food banks for the first time and actually skipping meals due to Biden’s inflationary policies comes just a few months after the President scolded Republicans for trying to forget about supply issues under Donald Trump caused by the height of the COVID pandemic.

“Remember those long lines you’d see in a television and people lining up in all kinds of vehicles just to get a box of food in their trunk? How quickly they forget people were hurting,” Biden said in a decisively angry tone.

“And what did the MAGA crowd want to do? Forget it. Forget it,” he added.

“God, this is the United States of America!” Biden continued. “The idea that people would have to wait in line an hour, an hour and a half to get a box of food in their trunk, just unbelievable.”

The idea that 1 in 5 has to stand in line at all is a travesty.

CNBC pointed to a number of admin issues that have exacerbated the problem including “clogged supply chains” and “trillions of dollars in Covid-related stimulus spending.”

.@LHSummers loudly warned that Democrats’ 2021 stimulus would lead to high inflation. In conversation with @realaxelfoley, he discussed the latest inflation data, how bad a recession could get, and why so many experts failed to read the warning signs https://t.co/ln59HpO1pW

In the same Golden/TIPP Poll, 50% said they disagree that the current economic crisis is due to Putin’s price hike while 41% side with the President.