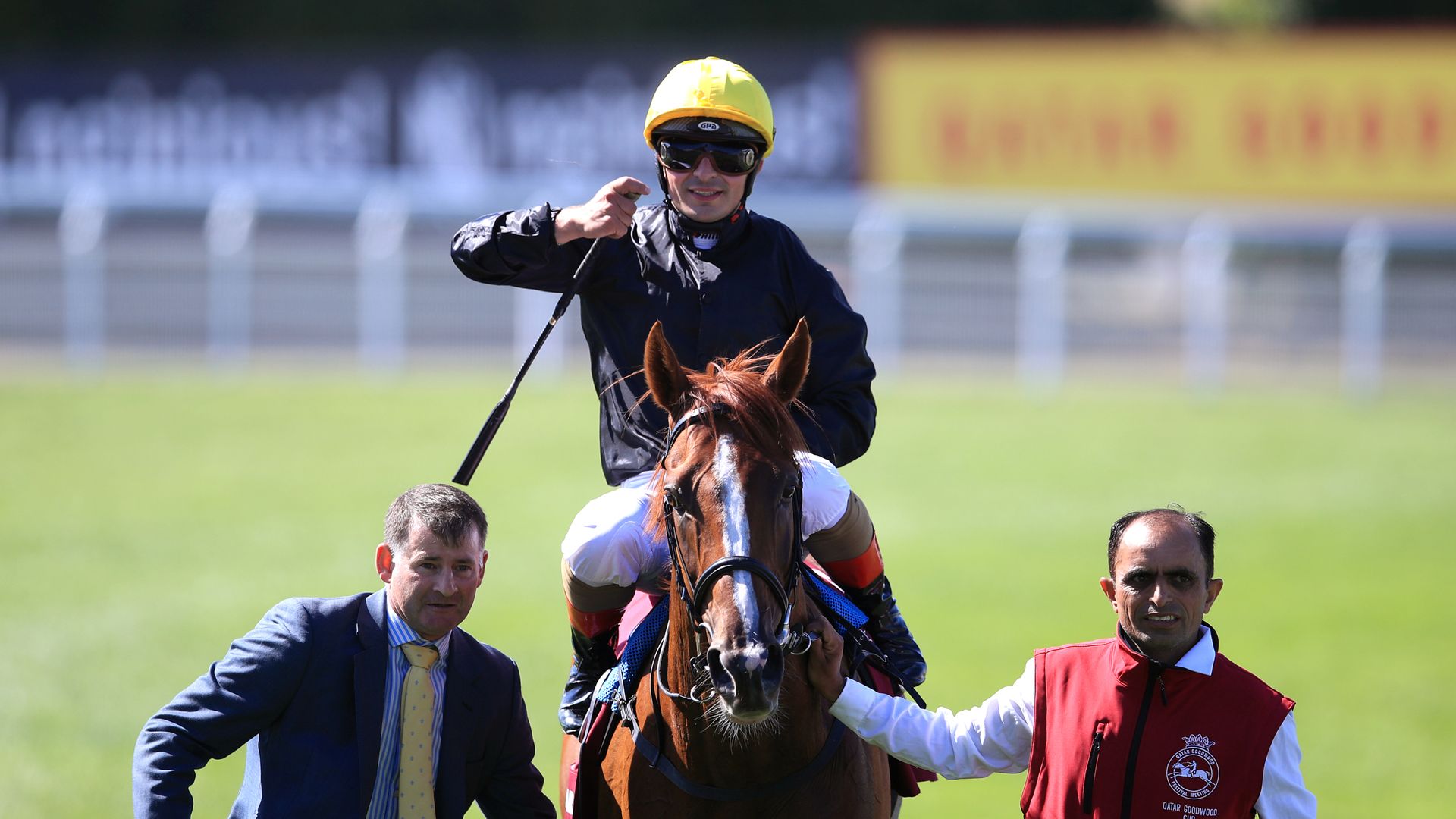 Atzeni to replace Dettori on Stradivarius in Goodwood Cup

Andrea Atzeni will replace Frankie Dettori on Stradivarius in the Qatar Goodwood Cup next week, following a decision made by owner Bjorn Nielsen.

It could well be the eight-year-old’s final outing, but owner Nielsen has taken the decision to replace his rider.

Dettori came in for criticism from Nielsen for his ride on Stradivarius in the Gold Cup at Ascot, where he finished third to Kyprios when attempting to win the race for a fourth time.

The John and Thady Gosden-trained chestnut has already won the Goodwood Cup four times. These include wins under Atzeni in 2017 and 2018.

“Frankie Dettori, who has enjoyed a great relationship with Stradivarius and ridden him to many brilliant stakes victories – more than he has any other horse – will by mutual agreement give up the ride to Andrea Atzeni in the Goodwood Cup,” Nielsen told Racing TV.

“Frankie remains not only ‘the Strad’s’ biggest fan but a very good friend,” Nielsen added.

”I look forward to seeing him continue his phenomenal career as one of the greatest big-race jockeys of all time.

“Andrea will be no stranger to Stradivarius as they are undefeated together, winning the 2017 and 2018 Goodwood Cups as well as the 2017 Queen’s Vase.”