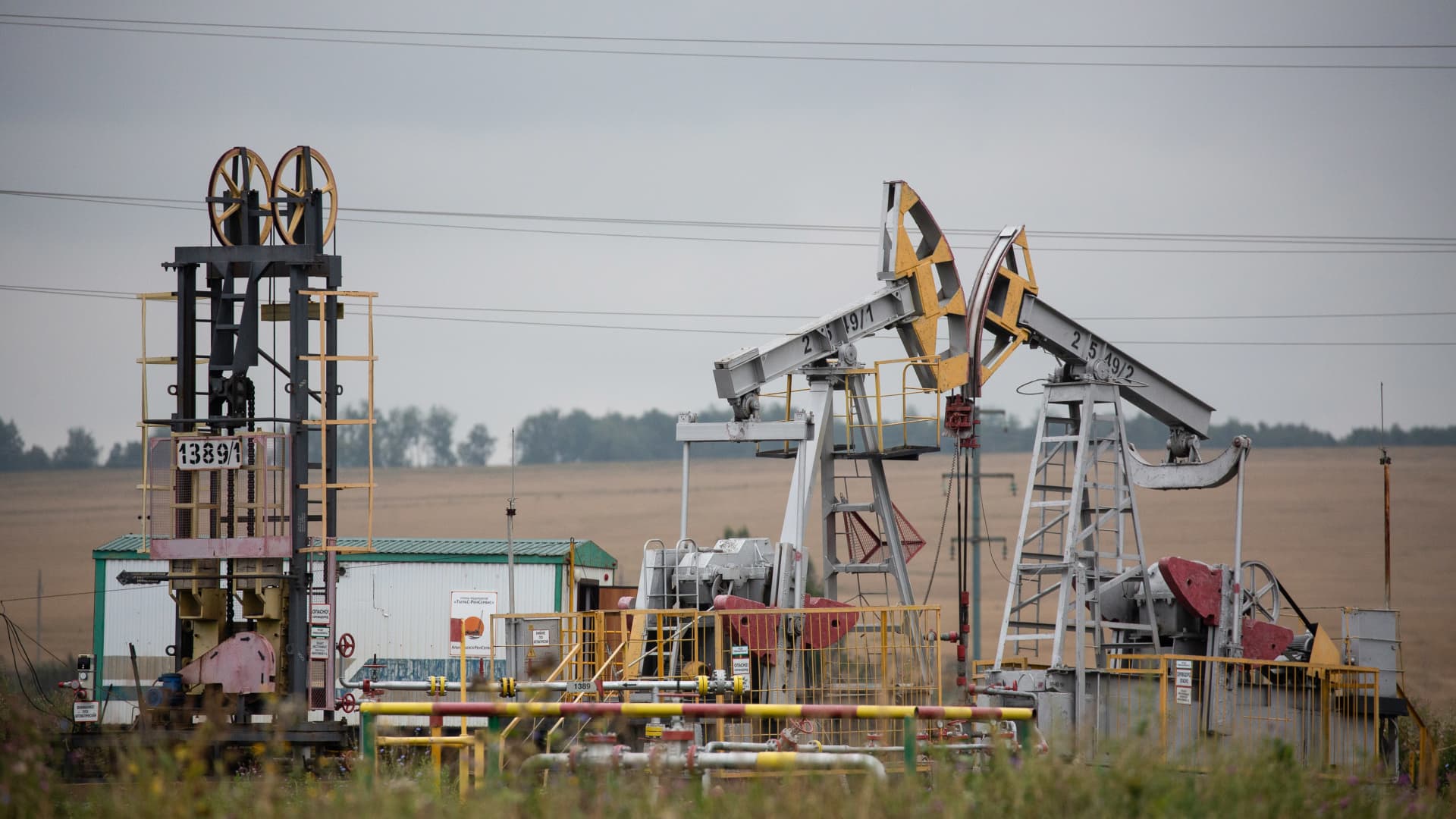 Price cap on Russian oil is a ‘ridiculous idea’ and could push oil to $140, says think tank

The proposed price cap on Russian oil is a “ridiculous idea” that could backfire on the U.S. and the other Group of 7 countries, according to the co-director of the Institute for the Analysis of Global Security.

“It ignores the fact that oil is a fungible commodity,” he said. The term fungible means interchangeable, implying equal value between two barrels of oil, for example.

The U.S. wants to put a cap on Russia’s oil prices to reduce funds flowing into the the country’s war chest, while also bringing down the cost of oil for consumers.

Luft likened the plan to going to a shop and asking the seller to accept less money than the listed price.

“That’s not how the oil market works,” he said. “This is a very sophisticated market, you cannot force the prices down.”

Those Europeans and Americans that are talking about $40 a barrel, what they’re going to get is $140 a barrel.

co-director, Institute for the Analysis of Global Security

What’s likely to happen is that Russia will restrict its production and create an artificial shortage in the market, he predicted.

“Those Europeans and Americans that are talking about $40 a barrel, what they’re going to get is $140 a barrel,” Luft warned. Bloomberg, citing people familiar with the matter, has reported that the U.S. and its allies have discussed capping the price of Russian oil between $40 and $60 per barrel.

“You cannot trick the laws of supply and demand, and you cannot defy the laws of gravity when it comes to a fungible commodity,” he said.

Oil prices have been volatile and shot up as demand roared back after countries rolled back Covid measures and reopened.

Russia’s war on Ukraine also contributed to the spike in energy prices. To punish Moscow for the invasion, the U.S. banned imports of Russian oil, while the European Union has plans to impose a gradual embargo.

Meanwhile, some oil-producing countries are struggling to raise output.