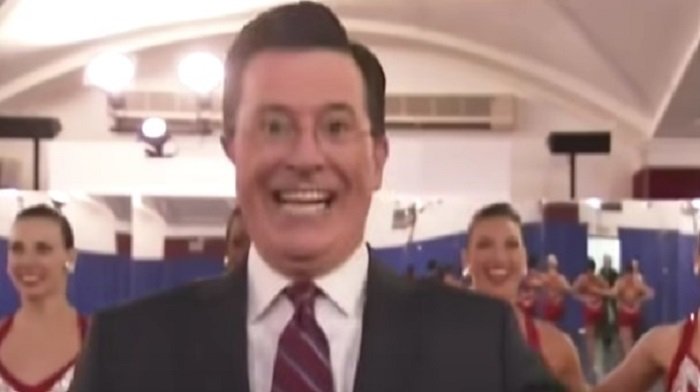 The U.S. Attorney’s Office in D.C. has declined to prosecute the production team of “The Late Show with Stephen Colbert” one month after they were arrested and charged with unlawful entry at the Capitol.

In a statement provided by the Attorney’s Office, charges were dropped because Colbert’s crew was allegedly “never asked to leave by the staffers who invited them” even as Capitol police advised them that they would need an escort at all times.

“The Office would be required to prove beyond a reasonable doubt that these invited guests were guilty of the crime of unlawful entry because their escort chose to leave them unattended,” the statement reads.

“We do not believe it is probable that the Office would be able to obtain and sustain convictions on these charges.”

Statements by the U.S. Capitol Police and the U.S. Attorney’s Office for the District of Columbia on the declination of prosecution against the members of The Late Show with Stephen Colbert who had been arrested last month for alleged unlawful entry at the U.S. Capitol. pic.twitter.com/GAdlcwOxLq

The staff from Stephen Colbert’s show were reportedly filming final interviews and comedy segments earlier in the day on June 16th, but were escorted out of the area by police for not having the proper credentials.

They were later spotted taking pictures and videos around the offices of House Minority Leader Kevin McCarthy (R-CA) and Lauren Boebert (R-CO).

Nine individuals were arrested and charged with illegal entry near Boebert’s office.

Why would the government prosecute one of its chief propaganda outlets?

The statement from the U.S. Attorney’s Office is remarkable in that it explains the crew was initially invited by congressional staffers but never expressly directed to leave and eventually wandered about unescorted.

Which would seem to now provide a suitable defense for any January 6 defendant who wasn’t expressly asked to leave the Capitol during the riot in 2021. Right?

I trust the same decline to prosecute will be applied to the Jan 6 folks who are only facing trespassing charges.

The Capitol Police released their own statement saying they “respect” the decision by the U.S. Attorney’s Office not to prosecute the staff of Stephen Colbert’s show.

The release states that the staffers “had been told several times” about needing to remain with an escort as they entered Congressional buildings “and they failed to do so.”

Still, they write, “We respect the decision that office has made.”

Do you respect the decision to lock up a 69yo grandmother with cancer because she walked into the Capitol for 5 minutes, @CapitolPolice? And likely was invited in?

They didn’t send officers to testify before any congressional committees, tears welling up in their eyes over how traumatizing the Colbert team’s unlawful entry into the Capitol was and how it gave them nightmares.

As they did with the select committee hearings.

Nearly a year after Jan. 6, the psychological wounds of the attack have not healed for Capitol Police Sgt. Aquilino Gonell or his family.

“They see me cry. They cry with me. They see me in pain,” he told NPR. “This whole year has been horrific.”https://t.co/A2MRjuUl2M

The decision not to follow through on the Capitol arrests of Stephen Colbert’s staff is not surprising.

“The odds of any of this sticking are slim to none, however,” The Political Insider reported following the news.

Fox News host Tucker Carlson had joked that the entire incident was evidence that Colbert’s crew had “committed insurrection at the United States Capitol.”

It’s okay to do as you please at the Capitol as long as you’re a member of an elite Hollywood staff, it would seem.

Colbert, shortly after the arrests, defended his crew saying they were guilty of little more than “hijinks with intent to goof.”

One has to wonder if a camera crew following Boebert’s staffers suddenly decided to wander around the complex unescorted despite being told several times about the rules would have had charges dropped and been able to laugh it off as “hijinks.”