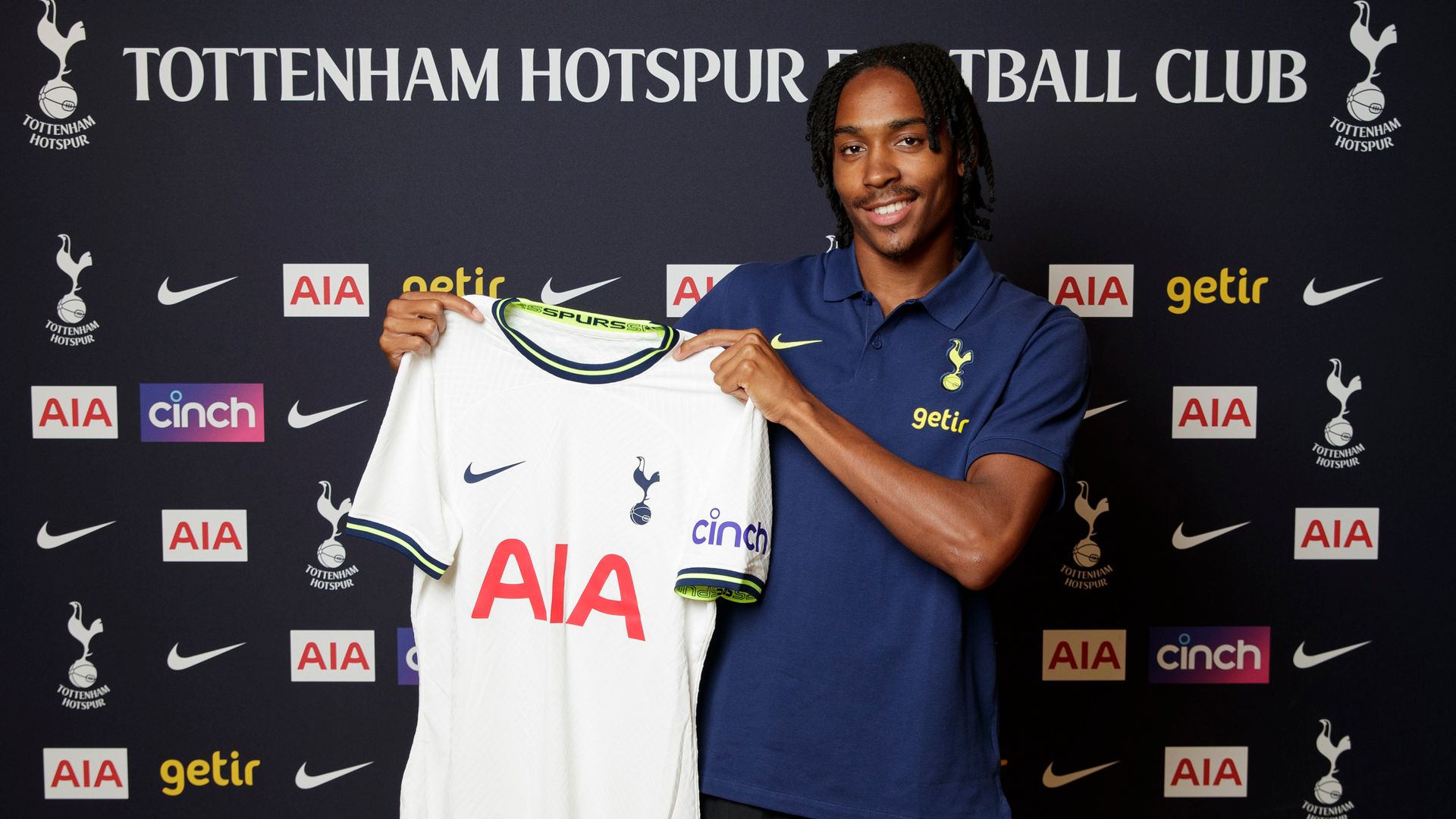 Tottenham have signed Djed Spence from Middlesbrough on a five-year contract in a deal worth up to £20m.

The right wing-back, who completed a medical at Hotspur Way on Friday, has signed until June 2027 after Spurs agreed a deal that will see them pay an initial £12.5m, with a further £7.5m coming in performance-related add-ons.

The 21-year-old made 46 appearances on loan for Nottingham Forest last season and there was a chance he might have joined Steve Cooper’s side on a permanent deal this summer.

“To play in the Premier League and for a big club like Tottenham, it’s a dream come true,” Spence told Tottenham’s official website.

“I’m thankful I’m here and I’ve got the opportunity to play for the club. It’s a privilege to be here.

“I can’t wait to meet the players, the staff and obviously the manager and train with the team.

“I’m a very chilled character, I’m very humble. Everything’s about football with me, I’ve dedicated my whole life to it. 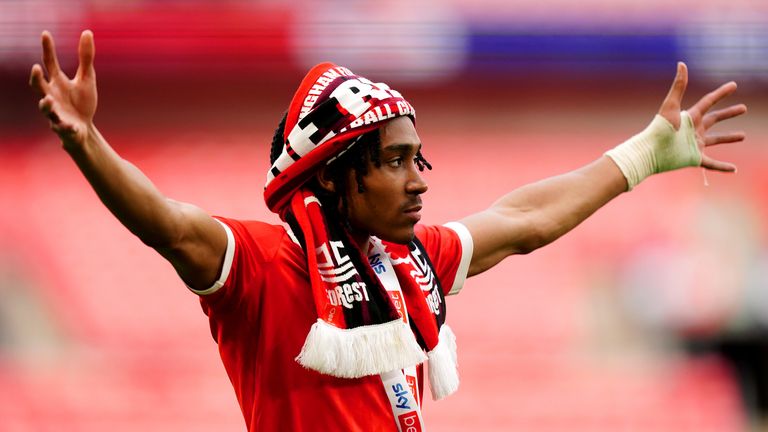 Since Antonio Conte’s side secured Champions League football on the final day of the 2021-22 campaign, Tottenham have changed tack in the transfer window and moved fast to put together a squad capable of challenging on multiple fronts for the upcoming season.

London-born Spence came through Fulham’s academy before he moved to Middlesbrough in 2018 but saw his time on Teesside disrupted by the club’s lack of managerial stability.

Spence was signed by Boro during Tony Pulis’ tenure but earned his first consistent run under the stewardship of ex-Tottenham centre-back Jonathan Woodgate, who would be sacked after a year in the summer of 2020.

Next manager Neil Warnock used the versatile defender regularly during the 2020/21 campaign but let him move on and sign for Forest on a temporary basis last season.

Spence’s form at the City Ground earned him England U21 recognition as he helped his loan club go up via the Championship play-offs in May.

Spurs really are building something

“Tottenham fans must be thinking, ‘what is going on in this transfer window’ because normally they’re used to waiting until the last week or deadline day to complete their signings.

“But there has been a real push from Antonio Conte and Fabio Paratici to say, ‘we want to get our business done early, we’re now in the Champions League and a different market than we were in before’.

“When you look at the six signings they’ve made, this is turning into Conte and Paratici’s Tottenham. Signing a player like Ivan Perisic is a signing Conte would’ve pushed for, Fraser Forster is cover for Hugo Lloris.

“It feels like the loan signing of Clement Lenglet means he has another defender in mind. Conte could have one eye on Alessandro Bastoni’s contract situation at Inter Milan.

“Maybe if he doesn’t sign a new deal, they can swoop in for him next summer. Spurs really are building something.”

How did Spence fare in the Championship last season?

By the start of last season, Djed Spence had already set to work on establishing himself as a mainstay of the Middlesbrough team. He had made 60 Championship appearances before the age of 21 and was impressing along the way.

But then, seemingly out of the blue, he was shipped out on loan to divisional rivals Nottingham Forest, with Isaiah Jones favoured at right wing-back by then-Boro boss Neil Warnock. It was at the City Ground he became hot property.

He wowed Reds fans with his attacking intent blistering pace, crossing ability and penchant for a shot from distance – he won Sky Bet Championship Goal of the Month in March – but also proved he is not a one-trick pony with some impressive defensive showings, too – for context, Forest kept 17 clean sheets in the 39 league games he played, excluding play-offs.

It was during the run to the FA Cup quarter-finals that he began to pique the interest of several Premier League teams, though, with Arsenal and Spurs among those said to be interested at the time.

There is, of course, plenty of room for improvement given his age, but it has to be said the loan spell could not have panned out much better than it did. He broke into the England U21 set up as a direct consequence, too.

In the wake of Forest’s play-off final win over Huddersfield in May, Spence tweeted Warnock a photo of himself in the Wembley changing room, a cigar in his mouth, a scarf wrapped around his head the trophy at his feet, seemingly aiming a dig at his former manager.

“Well done, Djed – I did say you were Premier League or non-league,” he replied. “Glad you listened and took my advice on board now go and enjoy your success.”

Something that started out as career advice has become a reality, as Spence is set to start 2022/23 as a Premier League player.