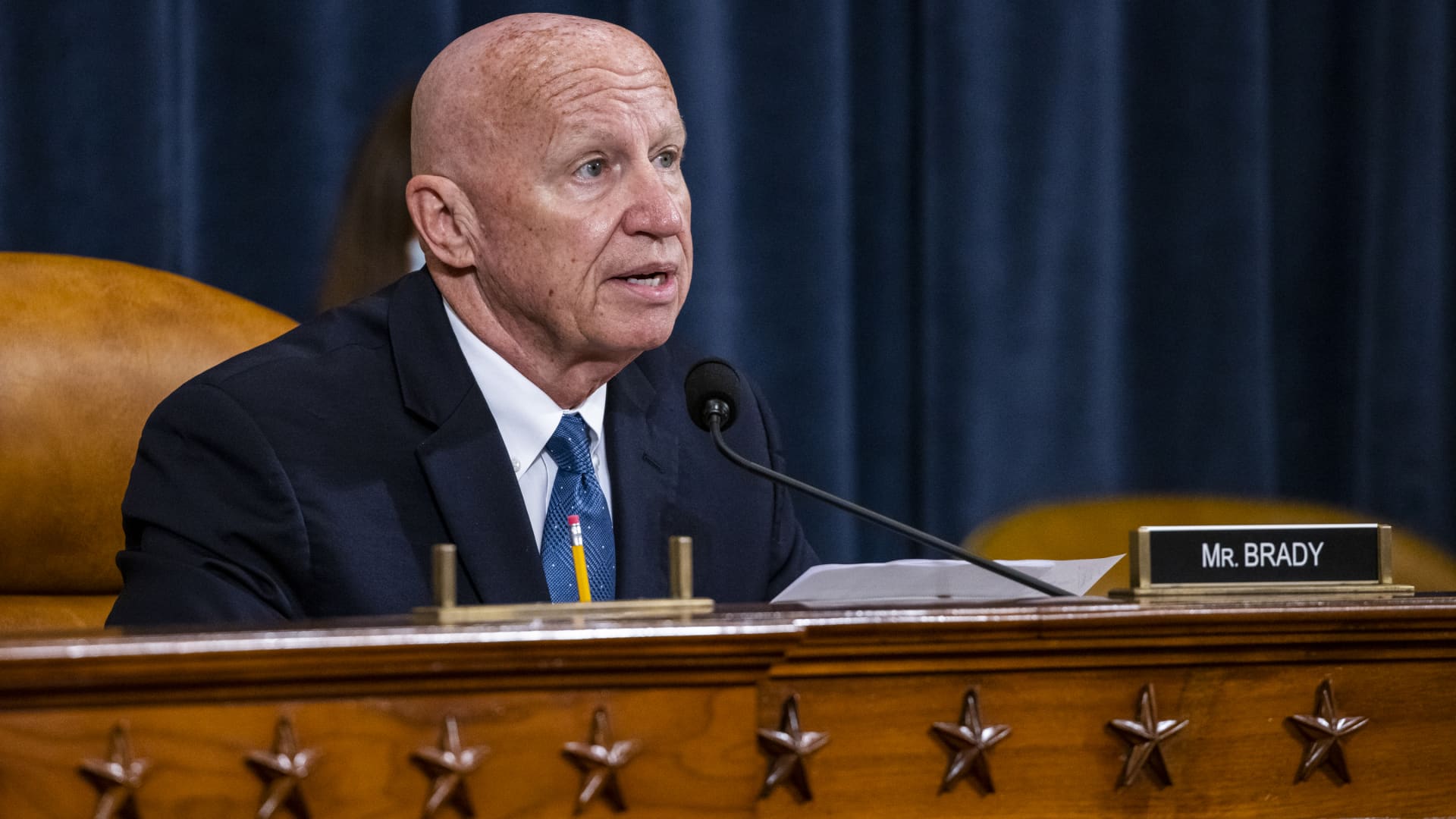 In response to reports that the Biden administration could soon move to forgive student debt, Republican leaders warned on Wednesday of “the perils” of such action.

“It’s a giveaway to highly educated college grads,” said Rep. Kevin Brady, R-Texas, Republican leader of the House Ways and Means Committee, at a roundtable entitled “The Perils of President Biden’s Student Debt Forgiveness Plan” on Wednesday. “It will make rising costs worse, rather than address the costs of colleges.”

Rep. Tom Rice, R-S.C., said Biden’s plan to possibly forgive student debt through executive action was also on “incredibly shaky legal ground.” Some GOP legislators have said they’ll try to block an effort by the president to cancel the debt without Congress.

More from Personal Finance:
4 strategies to help avoid paying higher Medicare premiums
Social Security cost-of-living adjustment could be 10.5% in 2023
Midyear tax strategies can trim next year’s bill from the IRS

“The knowledge that the government can forgive debt with the stroke of a pen will lead many borrowers to take on more debt in the future, not less, and will create the expectation that debt will not have to be repaid in the future,” Rice said.

The White House did not immediately respond to a request for comment.

Advocates have said that framing student loan forgiveness as a handout to the well-off is a misinterpretation of the deep and historic inequities of the American economy.

Mushrooming tuition prices coupled with stagnant household wages, they argue, have forced more and more families to borrow to attend college, an increasingly necessary step for a decent shot at landing among the middle class. Black Americans and women are also shouldering most of the pain from the debt.

“All of these fat cats, and people who never want to see help for working people and poor people come up with these myths,” Senate Majority Leader Chuck Schumer, D-N.Y., said in June, in one of his many pushes for Biden to cancel $50,000 in student debt for all.

“This is not a problem that concerns the wealthy,” Schumer said. “It’s affecting working-class people.”

More than 40 million Americans are in debt for their education, owing an accumulative $1.7 trillion, a balance that far exceeds outstanding credit card or auto debt.

Before federal student loan payments were put on pause in March of 2020 as part of the government’s response to the pandemic, about a quarter of borrowers were in delinquency or default, leading to comparisons to the 2008 mortgage crisis.

Student loan forgiveness could be coming. If you’re willing to speak about how the relief would impact you, we’d love to hear from you.