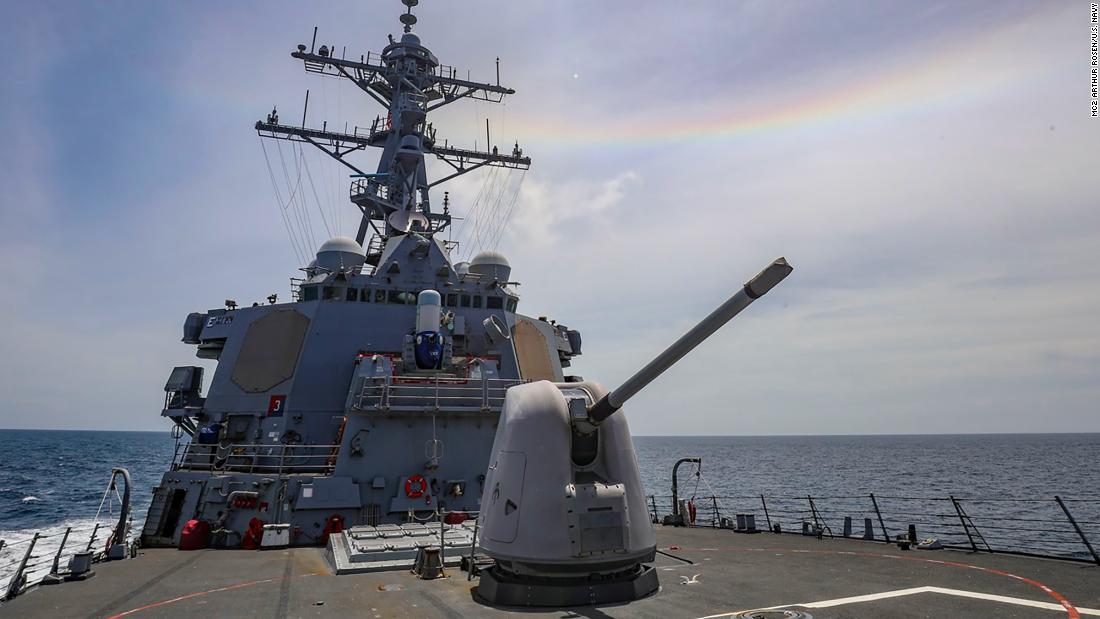 A US Navy warship sailed through the Taiwan Strait on Tuesday, the third time in a week the vessel has entered waters claimed by China, heightening tensions between Washington and Beijing.

Washington said the latest voyage by the guided-missile destroyer USS Benfold demonstrated its “commitment to a free and open Indo-Pacific,” but Beijing blasted it as a “provocation” that showed the United States was a “destroyer of peace and stability.”

The strait is a 110-mile (180-kilometer) wide stretch of water that separates the democratic self-ruled island of Taiwan from mainland China.

Beijing claims sovereignty over Taiwan despite China’s ruling Communist Party never having controlled the island – and considers the strait part of its “internal waters.”

The US Navy, however, says most of the strait is in international waters.

The Navy cites an international law that defines territorial waters as extending 12 nautical miles from a country’s coastline and regularly sends its warships through the strait in what it calls freedom of navigation operations, including on May 10 when the guided missile cruiser USS Port Royal made a similar voyage.

Wednesday saw the Benfold transit “through a corridor in the strait that is beyond the territorial sea of any coastal state,” said US 7th Fleet spokesperson Lt. Nicholas Lingo.

China reacted angrily to the ship’s presence in the strait and its military said on Wednesday it had followed and monitored the US vessel during its transit.

“The frequent provocations and showing-off by the US fully demonstrate that the US is the destroyer of peace and stability in the Taiwan Strait and the creator of security risks in the Taiwan Strait,” said Col. Shi Yi, spokesman for the People’s Liberation Army’s Eastern Theater Command. “The theater troops maintain high alert at all times and will resolutely defend national sovereignty and territorial integrity.”

Last week, the Benfold performed two freedom of navigation operations in the South China Sea, near to contested islands where Beijing has built military installations.

Tensions between the US and China over Taiwan have increased in recent days, with Beijing lashing out twice in the past week over US relations with the island.

On Monday, Beijing said a $108 million US arms sale to Taipei “gravely jeopardizes China’s sovereignty and security interests, and severely harm relations between the two countries and their militaries.”

And on Tuesday, a Beijing spokesperson said it “firmly opposed” a possible visit to the island by Nancy Pelosi, the speaker of the US House of Representatives.

Some reports have suggested Pelosi will visit Taiwan in August. Previously she had planned to take a US congressional delegation to the island in April, but the trip was postponed after she tested positive for Covid-19.