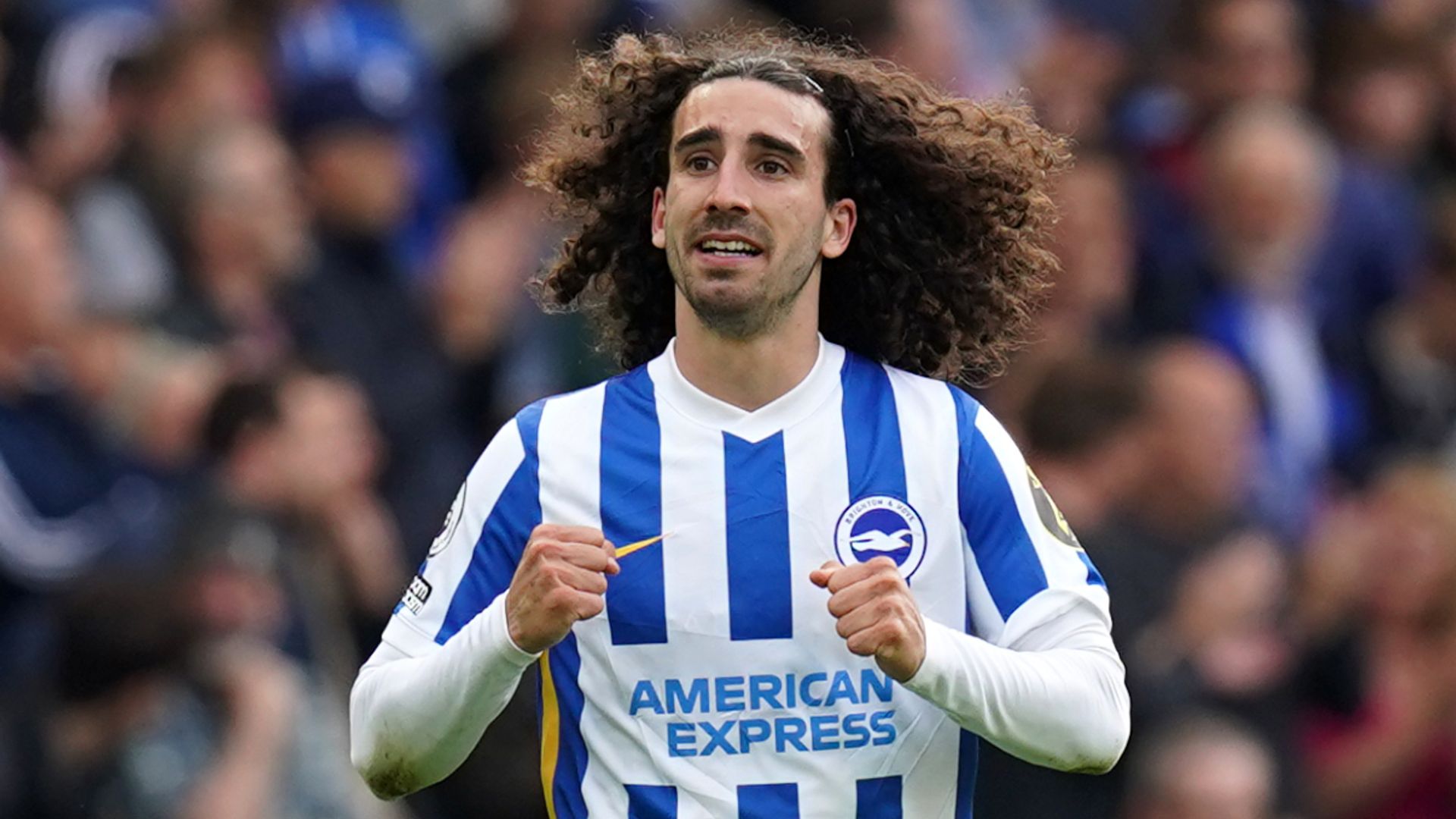 Chelsea close in on Cucurella

Chelsea have reached an agreement in principle to sign Marc Cucurella from Brighton for £52.5m, but a deal has not been completed for the left-back.

Numerous sources involved in the deal have told Sky Sports News a deal has been agreed in principle.

Brighton have since denied a deal has been reached. The Seagulls’ pursuit of Chelsea defender Levi Colwill is complicating a move.

“Brighton have said as far as they’re concerned this deal is not agreed with anyone yet, contrary to lots of reports from numerous outlets,” said Sky Sports News chief reporter Kaveh Solhekol.

“We should also bear in mind, numerous people involved in the negotiations and the deal are telling us, and lots of other outlets, they feel a deal has been agreed in principle, that Chelsea are willing to pay £52.5m for him, the player wants to go to Chelsea. As far as they’re concerned, he is going to be a Chelsea player and in fact a medical has been booked.

“But he is a Brighton player and if they are saying the deal hasn’t been done yet, no matter what we’re being told by other sources involved in negotiations, the deal has not been completed yet.

“It could be complicated as well because Brighton are also interested in signing young Chelsea player Levi Colwill. I don’t think that deal is going to be involved in the Cucurella deal but those are negotiations going on in parallel.

“Numerous sources are still saying to us the player is confident that he is going to become a Chelsea player.”

The Spaniard handed in a transfer request on Friday in a bid to push through a move to Manchester City but the Premier League champions did not want to pay Brighton’s asking price for the 24-year-old.

The Seagulls had previously rejected a £30m bid for the full-back from Pep Guardiola’s side, who are looking for a replacement for Oleksandr Zinchenko after he joined Arsenal.

Cucurella enjoyed a hugely successful first Premier League season after moving from Getafe in a deal worth around £15m last summer and was named Brighton’s player of the season.

Brighton did not want to let Cucurella leave and it took Chelsea’s huge offer for them to sell as he had four years remaining on his contract at the Amex.

Chelsea moved for Cucurella with doubts surrounding the future of left-back Marcos Alonso, with Barcelona reportedly wanting to sign the 31-year-old this summer. Blues captain Cesar Azpilicueta is also wanted by the Spanish giants with the defender having one year left on his deal.

First-choice left-back Ben Chilwell, who joined from Leicester in August 2020 for £50m, missed the majority of last season with a knee injury but has returned to full fitness in pre-season.

Thomas Tuchel’s side have made two signings this summer with the arrivals of Raheem Sterling for £47.5m from City and defender Kalidou Koulibaly from Napoli in a £33m deal.