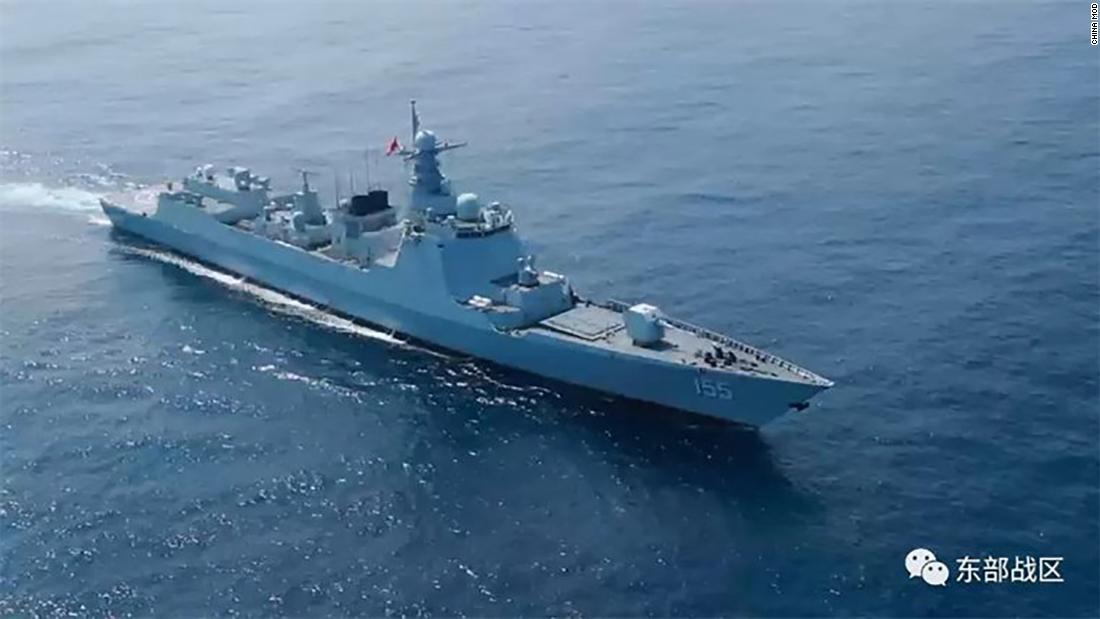 Hong Kong
China’s live-fire military drills around Taiwan are threatening to disrupt trade and commercial travel in East Asia, forcing vessels to reroute away from one of the world’s busiest waterways and putting further pressure on strained global supply chains.

On Thursday, China kicked off drills involving the navy, air force and other military forces in the seas and airspace surrounding Taiwan. The drills — unprecedented in number — are a direct show of force in response to US House Speaker Nancy Pelosi’s visit to the self-governed island, which Beijing repeatedly warned against.

The Chinese Defense Ministry on Tuesday released a map of six zones around the island where it said it would conduct air and sea exercises as well as long-range live-fire exercises that will last until Sunday. Ships and aircraft have been warned to stay out of the areas during the drills.

Taiwan has said the military exercises are tantamount to a “maritime and aerial blockade” and have “violated Taiwan’s territorial waters and its contiguous zone.”

They also threaten to disrupt trade flows in one of the world’s busiest shipping lanes.

The Taiwan Strait, a 110-mile-wide artery separating the island of Taiwan and continental Asia, is a key trade route for vessels carrying goods between major economies in northeast Asia such as China, Japan, and South Korea, and the rest of world.

The London-based shipping consultancy VesselsValue said there are currently 256 container ships and other vessels in Taiwanese territorial waters, with a further 60 estimated to arrive between Thursday and Sunday, when the drills will be performed.

“There is potential for substantial disruption to trade in the region,” said Peter Williams, a trade flow analyst at VesselsValue.

Shutting down trade routes around Taiwan, even temporarily, “raises concerns about whether China might successfully do this again, and what this could mean not just for future trade, travel and economic patterns, but potentially defensive and security scenarios as well,” said Nick Marro, lead analyst for global trade at the Economist Intelligence Unit.

It’s not yet clear what the long-term impact will be, but shippers expect delays due to rerouting, potential lost sales and higher costs for workers pulling longer hours.

Global supply chains have already been rattled by the pandemic and the war in Ukraine, which disrupted the flow of goods and drove up inflation in many parts of the world.

Any conflict in Taiwan, which dominates the semiconductor industry, could exacerbate the global shortage of computer chips, which are vital components for virtually all modern electronics.

Taiwan has seven major ports. The Port of Kaohsiung, located on the southwestern coastline, is the largest harbor in Taiwan and the 15th largest in the world, according to the World Shipping Council.

Taiwan’s Maritime and Port Bureau issued three notices on Wednesday, asking vessels to use alternative routes for ports in the cities of Keelung, Taipei, Kaohsiung and others.

“It is not over, the repercussions, for they are only just beginning,” said Clifford Bennett, chief economist at ACY Securities, an Australian brokerage firm.

“Far worse will be any economic retardation in the relationship between Taiwan and China as a result of the Pelosi visit,” he said.

China has already hit Taiwan with some trade curbs since Wednesday, including the suspension of some fruits and fish imports from Taiwan, and exports of natural sand to the island.

The whole event may “continue to reverberate doing further damage for months, even years, to both the relationships of Taiwan and the USA with mainland China,” Bennett said.