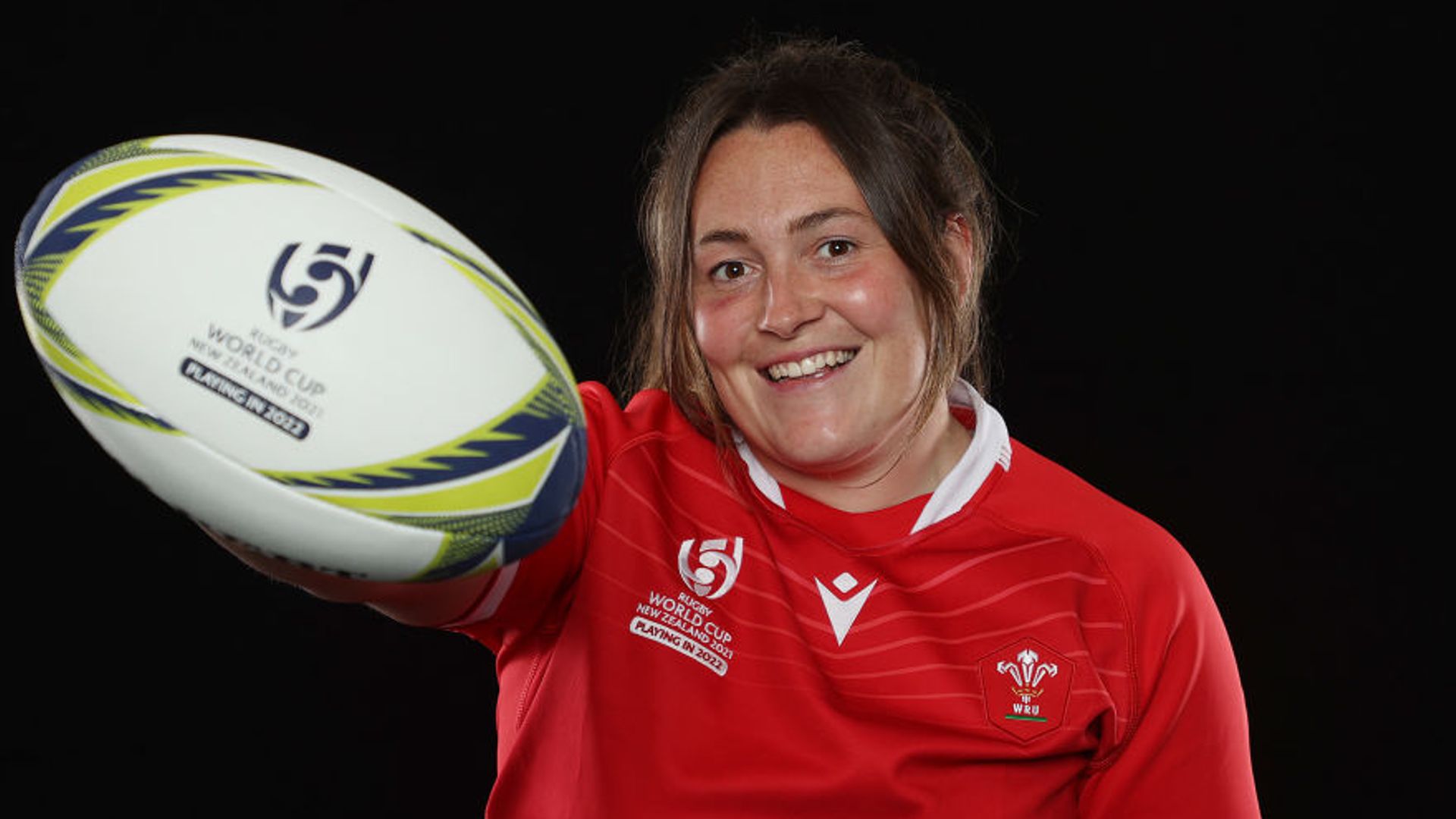 Cerys Hale has swapped the classroom for a full-time rugby career after receiving a historic professional deal by Welsh Rugby Union and wants to show her former pupils you can always achieve your goals; Wales play Scotland in their World Cup opener at 5.45am on Sunday October 9

For now Wales prop Cerys Hale is content with putting her teaching profession on hold to focus on her full-time rugby career.

A beaming smile, despite the early hour of our Zoom call to discuss the impending World Cup in New Zealand, is evidence that the 29-year-old is more than happy with the way the last few years have panned out.

The Covid lockdowns which delayed this year’s tournament in New Zealand by a year allowed her that time to focus on her game and help her work-life balance. Hale admits she wouldn’t be in the physically strong position she feels in now without that period of isolation and reflection.

Added to the mix has been the historic full-time contracts Wales Rugby Union have been able to hand out to 29 players this year allowing Hale to realise her professional ambition.

Instead of juggling equations by day and scrums by night, the Gloucester-Hartpury player has been given the opportunity to park the algebra and focus solely on rugby.

“Teaching is always something I can go back to, should I wish, but I’m grateful that it’s worked out like this,” Hale, whose part-time contract was extended to full-time this summer, told Sky Sports.

“I know for a lot of male players they go straight into rugby, but I feel quite secure in the fact that when I stop playing, I’ve got a career to go back to.”

After teaching science and maths in secondary schools in south Wales for most of the last eight years, Hale more recently was with children with additional learning needs, specifically with autism. It was a career switch she found provided greater job satisfaction.

“When I was working in mainstream schools, I was getting gradually frustrated at the demands on certain numbers and that I didn’t know the pupils that well as you had such little time with them,” she said.

“Once I went into alternative provisions, it was just so much more rewarding having that time with people. One of my jobs was quite volatile, but a good day would be if one of the children said ‘good morning’ or asked me how my weekend was.”

Sharing the values of what rugby and sport overall can do for young girls and boys has been invaluable to Hale, who says she couldn’t hide her flourishing sporting career from some of her pupils.

“In one of my schools one of the girls printed lots of awful shots of me playing rugby and put them all over the school, so they were aware I played,” Hale jokes.

“Sometimes it worked in my favour. It gave them a different perspective of me – and they wouldn’t mess with me as much, but it’s good. It’s important that they knew that I had other aspects to my life and I was working towards a goal that I wanted to achieve.

“It’s important to see that education isn’t the be-all and end-all and if you work hard at what you want to do, you can achieve your dreams.”

The landscape for young girls and women taking up rugby is encouraging given the historic full-time contracts offered by the WRU and a multi-year partnership the governing body has struck with Vodafone to become the Founding Principal Partner of women and girls’ rugby with the aim of reaching over 10,000 female players in Wales by 2026.

As part of the deal, Vodafone will sponsor the Wales Women shirts as part of a bespoke women’s kit from Macron which will be worn for the first time next spring in the 2023 Six Nations.

First and foremost, attention turns to Sunday when the recently-turned professionals aim to show the benefits of their full-time programme as they open their World Cup campaign against Scotland, who are making their first appearance on the biggest stage in women’s rugby for 12 years.

“Internally we’ve put a lot of pressure on ourselves and have ambitions to do really well,” Hale said, with Wales favourites for the tie despite being one spot above their rivals at ninth in the world rankings.

“At the moment our focus is on the Scotland game because it’s like a cup final and it’s a must-win game, we’re a competitive side and we really want to step up this tournament.”

Following on from the Home Nations battle, stern tests await both Wales and Scotland with Australia and New Zealand completing their group.

But with two of the three best third-place finishers qualifying for the quarter-finals, Sunday’s match-up could ultimately decide who will be prolonging their stay Down Under.

For Wales and their growing band of fully-professional players including Hale, they hope the party is only just getting started.