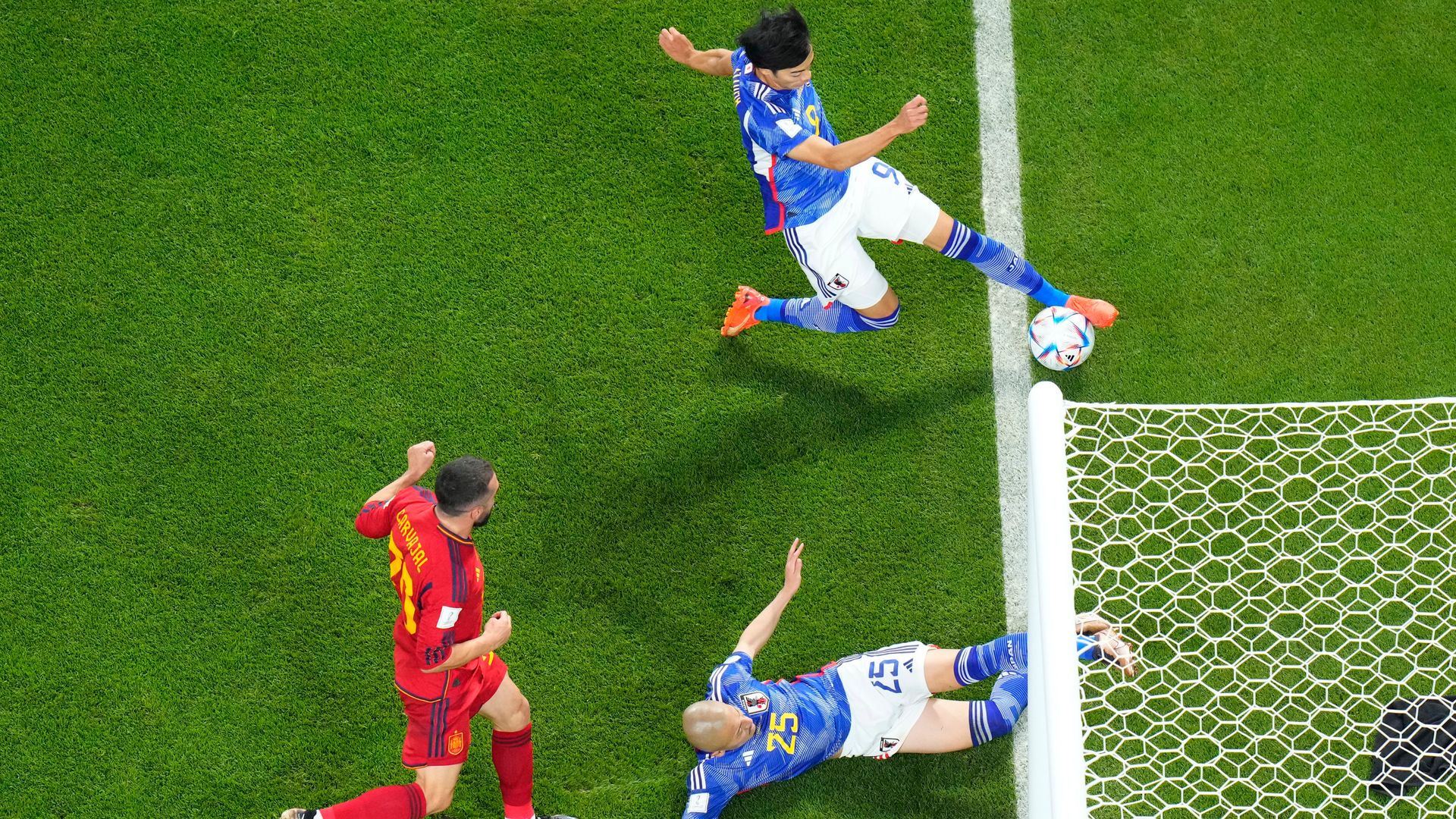 Japan pulled off another historic World Cup upset as a hugely controversial goal saw them come from behind to beat Spain 2-1 and claim top spot in Group E, with Luis Enrique’s side needing goal difference to advance as runners-up ahead of Germany.

Spain were utterly dominant in the first half at the Khalifa International Stadium and looked set to advance in first place after Alvaro Morata headed home his third goal of the tournament (11).

Thursday’s thrilling finale as it happened

But it all changed in an extraordinary spell after half-time as substitute Ritsu Doan equalised with a powerful effort from the edge of the box (48) and Ao Tanaka completed the turnaround from a Kaoru Mitoma cut-back which appeared to have gone out of play (51).

A lengthy VAR check followed the goal, but it sensationally ruled in favour of Japan, leaving Spain, listless in the second half despite their earlier dominance, to sweat on their place in the last 16.

At one point, when Costa Rica went in front in their 4-2 loss to Germany, Spain were heading out along with Hansi Flick’s side, but in the end their superior goal difference, thanks to their 7-0 win over Costa Rica in their opening game, ensured they snuck through to knockout stages at the expense of the Germans.

Spain will now face Morocco in the last 16, while Japan, who also came from behind to beat Germany but lost to Costa Rica in a remarkable group-stage campaign, will take on Croatia.