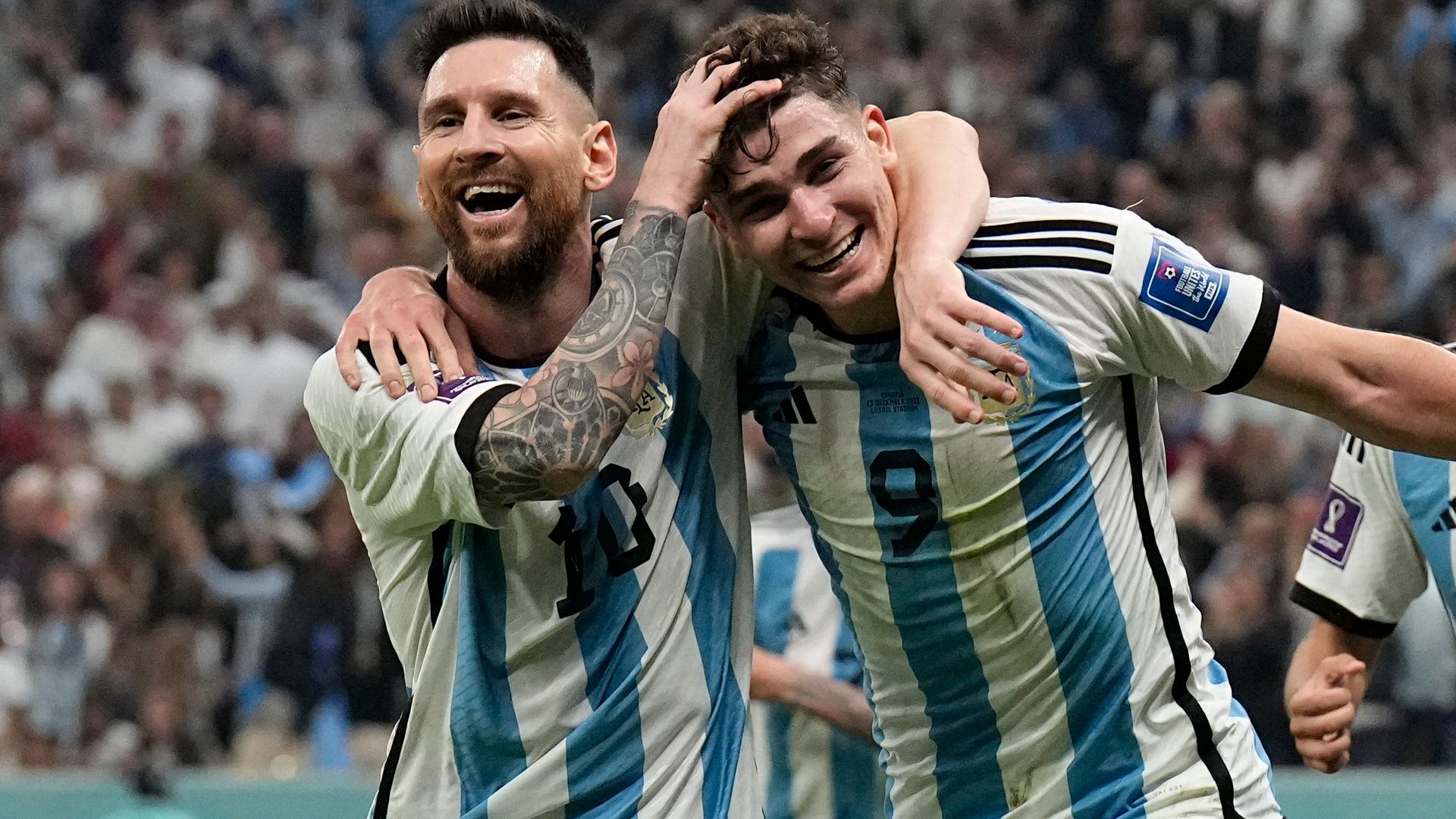 Lionel Messi gave himself one last shot at World Cup glory as he and Julian Alvarez scored for Argentina in a 3-0 win over Croatia at the Lusail Iconic Stadium to reach the final.

They will face either France or Morocco, who play in Wednesday’s semi-final, on Sunday.

Messi fired into the top corner from the penalty spot (34) against the run of play to open the scoring after Man City striker Alvarez earned a debatable penalty following a collision with Croatia goalkeeper Dominik Livakovic.

With that strike, the 35-year-old surpassed Gabriel Batistuta to become Argentina’s top scorer at World Cup finals on 11 goals.

Croatia collapsed after the opener and conceded another five minutes later from an Argentina counter-attack after comical defending as Alvarez doubled their lead (39) having carried the ball from his own half.

Messi took matters into his own hands to ensure the game was out of reach, producing a moment of magic down the right to beat Josko Gvardiol before putting it on a plate for Alvarez to score Argentina’s third.

Argentina last reached the World Cup final in 2014 in Brazil and were beaten by Germany, but have not lifted the trophy since Diego Maradona led his nation to victory in Mexico in 1986.

Big moments in the game…

Player of the match: Lionel Messi.

Messi books a date with destiny

Croatia bossed the opening half an hour and Messi was largely anonymous as he walked across the field at the Lusail Iconic Stadium, waiting for his team-mates to spring to life.

The game was turned on its head when Alvarez won a penalty just after the half-hour mark. Croatia were caught out at the back by a simple ball over the top from Argentina and Alvarez was brought down by Livakovic after he pushed the ball past the goalkeeper.

Sky Sports pundit Gary Neville was adamant the decision was wrong, arguing the goalkeeper did very little to stop Alvarez.

“The goalkeeper just stops,” he told ITV. “He has to make that motion to try and save the ball, he plants his feet. I don’t know how that’s a penalty.

“If I’m a defender and the striker is about to have a shot and I go to block, he then shoots, goes past me and runs into me, that can’t be a foul. You have to block the shot!”

Messi stepped up to the spot, as he did against the Netherlands in the round before, and gave Argentina the lead with an emphatic strike into the top corner.

Having looked so strong before, Croatia appeared to lose their heads and suffered another blow five minutes later as Alvarez rode two challenges in the area after carrying the ball from his own half before sticking a composed finish beyond Livakovic.

Celtic right-back Josip Juranovic was perhaps unlucky to see the ball bounce off him and back into Alvarez’s path, but Borna Sosa crumbled under the pressure and allowed the 22-year-old through on goal leaving out a flailing leg to no avail.

Croatia brought on Bruno Petkovic, who scored an extra-time equaliser in stoppage time in last week’s quarter-final penalty shootout win over Brazil, in an attempt to turn the game, but Messi had other ideas.

The Paris Saint-Germain forward, intent on ensuring he gave himself one more chance to win the only trophy that has eluded him, rolled back the years against Gvardiol down the right flank as he turned the 20-year-old inside out with a mesmerising run before cutting it back to Alvarez from the byline.

Alvarez made no mistake from just outside the six-yard box as he became the youngest player to score twice in a World Cup semi-final or final since Pele in 1958.

Neville: Messi is on a mission

“It’s a mission. One he [Messi] is delivering on his own at the moment.”